Dr. Kording's (He/Him) is trying to understand how the world and in particular the brain works using data. Early research in the lab focused on computational neuroscience and in particular movement. But as the approaches matured, the focus has more been on discovering ways in which new data sources as well as emerging data analysis can enable awesome possibilities. The current focus is on Causality in Data science applications - how do we know how things work if we can not randomize? But we are also very much excited about understanding how the brain does credit assignment. Our style of working is transdisciplinary, we collaborate on virtually every project.

Over time the lab has made an impact across many fields including:

See Konrad's CV or google scholar profile. Or visit the Lab page with all the up-to-date information on the research and the community. 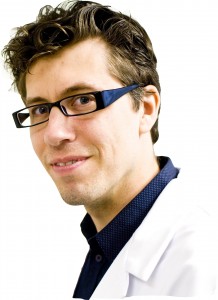